Rajan's mother had always hoped he'd marry an Indian woman with Indian customs. For his whole life, he'd embraced two identities his mother deemed opposite — a culture both American and Indian. Now he was bringing home a girl who was part of one and not the other.

Rajan slept through most of the bus trip, but I stayed awake and bit my nails. How could his mother see this as anything other than a betrayal of the traditions she feared would disappear? Rajan's childhood home was nestled in a line of row houses on a narrow, automobile-flooded street.

Even the house itself seemed wary of my presence, all sharp corners and darkened windows. Rajan opened the door, and I followed. Inside, the air smelled like ginger and cardamom, a scent I often caught on the edges of Rajan's clothes. I was the first girl he had ever brought home. He'd told me that his father was aloof and not much for family matters, leaving his mother to step up as a fierce protector.

Rajan and his two older sisters, who were both now in grad school, had rarely entertained friends or hosted sleepovers. His mother knew New York City was a dangerous place, and her house had always been restricted to family, to people she could trust. Rajan called out, and a high-pitched woman's voice called back.

When she appeared, I realized I didn't know what to call her. All of Rajan's Indian friends referred to her as "Auntie," but this name was set aside for their community. Stranded between intimate and formal, I chose neither. My self-consciousness surged as I extended my hand to this small woman, barefooted in her floral housecoat, who wouldn't look in my eyes. Everything about me felt preppy and juvenile — my ponytail, my pink sweatshirt, the faint sheen of glitter on my eyelids.

She ignored my hand, waving us toward the dining room table. The three of us sat in a triangle and shared a meal of beef curry and rice. Rajan ate with his hands, and I followed suit. Rather than push aside the curry's sticks and leaves, I swallowed them whole. His mother pointed at me, saying something to Rajan that I couldn't understand. We ate for an hour, and I stayed silent. Despite Rajan's pleas of "English — use English," his mother spoke only in Malayalam. His father had fallen asleep before we arrived, and at 10 p.

That night, trying to sleep in Rajan's sister's room, I felt I'd already failed. I'd wanted to show his mother I wasn't the kind of "white girl" she'd likely pictured — shallow, self-centered, privileged — but I didn't know how. I wondered if I was that girl and how I might overcome it before the morning came. I could hear the train outside the window.


Every 10 minutes, it rumbled at the end of the block. A little after dawn, I pulled myself out of bed and fumbled into the bathroom. Rajan had warned me that the bathroom lock was "tricky," and I didn't want to trap myself inside. Hoping to finish as quickly as I could, I whipped the door shut and flung my clothes to the floor. As I bent at the waist, standing only in my socks, the bathroom door snapped open and Rajan's mother burst in.

For the first time since my arrival, she looked me straight in the eye. I froze. She whisked the door shut behind her. The lock clicked as I turned the key and slumped onto the floor. Rajan's mother had seen me naked, with socks. It is not wrong for me to love her son. I repeated it to myself as hot water beat down my back.

But suddenly, I wasn't sure. The words didn't soothe the shame whirling inside me — because it had little to do with being seen without my clothes. My nakedness had revealed the me beyond the performance I'd put on for the woman whose acceptance I desperately wanted. I'd hoped she'd lay aside her fears and assumptions without having to expose myself because it was safer that way.

I was performing for myself too.

Growing up, I'd built myself a shield of protection by being the good girl, but my heart had suffocated inside it. Rajan and I were too different to love each other with the safe kind of love that never asked me to change. I was starting to see that I couldn't love his mother any other way, either. Rajan did his best to show me a good time in the city he called home. He gave me a tour of the high school he attended downtown and took me to Central Park.

We sat on a bench and watched pigeons peck at crumpled food wrappers. Alabama , the U. Supreme Court unanimously rules that state-level bans on interracial marriage do not violate the Fourteenth Amendment of the U. The ruling will hold for more than 80 years. They challenged the conviction all the way to the U. Supreme Court. Justice Stephen Johnson Field wrote for the Court:. Constitution in order to ban interracial marriage in all 50 states. Roddenbery's proposed amendment read as follows:.

Later theories of physical anthropology will suggest that every human being has some African ancestry, which could have rendered this amendment unenforceable had it passed. In any case, it didn't pass. While most anti-miscegenation laws primarily targeted interracial marriages between whites and African Americans or whites and American Indians, the climate of anti-Asian xenophobia that defined the early decades of the 20th century meant that Asian Americans were also targeted.

In this case, the Cable Act retroactively stripped the citizenship of any U. The impact of this law was not merely theoretical. Following the U. Supreme Court's ruling in United States v. Thind that Asian Americans are not white and therefore cannot legally become citizens, the U.

Constitution in order to ban interracial marriage in every state. Like its predecessors, it fails. In McLaughlin v. Florida , the U. Supreme Court unanimously rules that laws banning interracial sex violate the Fourteenth Amendment to the U. 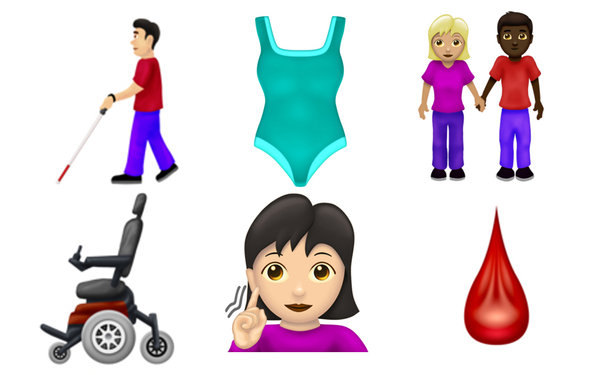 McLaughlin struck down Florida Statute While the ruling did not directly address laws banning interracial marriage, it laid down the groundwork for a ruling that definitively did. The U. Supreme Court unanimously overturns Pace v. Alabama , ruling in Loving v. Virginia that state bans on interracial marriage violate the Fourteenth Amendment of the U.

As recently as , House leaders successfully killed attempts to remove Section When voters finally had the opportunity to remove the language, the outcome was surprisingly close: although 59 percent of voters supported removing the language, 41 percent favored keeping it.